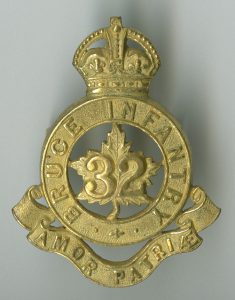 After the Battalion was formed, the women of Bruce County raised $600 to purchase a set of colours from England.  The two flags were presented to the Battalion at Kincardine on June 19, 1872.

The early militia and 32nd Battalion forces were at the ready, in the early days, during times of conflict, including the Red River Rebellion, the North-West Rebellion and the South African (Boer) War.

In 1870, during the Red River Rebellion, three volunteers from each company of the 32nd were requested to assemble with other volunteer forces, and travel to Manitoba. In each company, more than three men volunteered and had to be selected.  Like the Fenian Raids, this skirmish ended with no blood shed for the men of the 32nd and they returned home. In 1855, the 32nd Regiment was again called to duty, this time in response to the North-West Rebellion. Again, the troops were at the ready, waiting to be deployed from Southampton, but again were not required and were sent home. It is interesting to note that several Bruce men, not under auspices of the 32nd, played roles in the North-West Rebellion.

At some point, the 32nd Battalion became referred to as the 32nd Regiment.  By 1906, the Regimental Headquarters was located at Walkerton, and the eight companies of the Regiment were:  1. Southampton, 2. Kincardine, 3. Lucknow, 4. Paisley, 5. Walkerton, 6. Tara, 7. Wiarton, 8. Teeswater.

Through the years, it was the annual custom for the Companies of the 32nd Regiment was to attend training camp for two weeks each summer, generally rotating through various towns throughout the County.

At the outbreak of the First World War in 1914, the Regiment began to fulfil one of its prime functions:  to recruit men for the Canadian Expeditionary Force.  When the C.E.F. was mustered at Valcartier, Quebec in September 1914, the 32nd Regiment had recruited 72 volunteers for the 1st Canadian Battalion.  Its robust recruitment program resulted in volunteers soon also attached to the 18th, 33rd, 34th, 70th, and finally to the 160th Battalions.

b) Robertson, Norman.  “The History of the County of Bruce and of the minor municipalities therein.” Toronto:  William Briggs, 1906.  (Chapter 10: “The Militia and Volunteers of Bruce”) 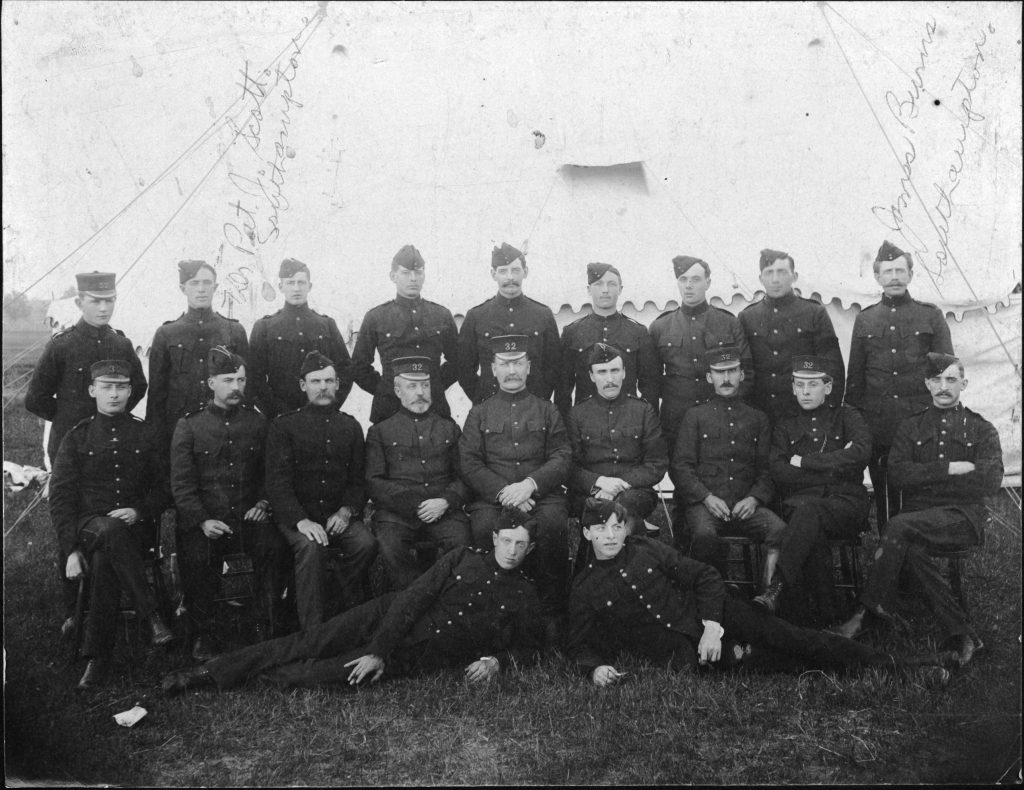